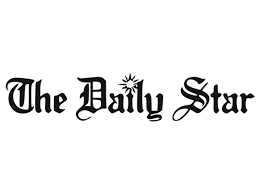 It is fair to say that we, in Britain, have ingrained newspapers as an intrinsic part of our culture. Newspapers have been the most popular form of mass communication for centuries. It is a medium that brings complex issues to the common person, cheaply and efficiently. Although they are not without their biases, newspaper archives are vital for the work of a historian. They allow us to look into the past and interpret the different ideas from the time. The Daily Star is a perfect example of a popular daily tabloid newspaper.

The Daily Star came to British newsagents for the first time on 2 November 1978. It has always been a tabloid newspaper, printed from Monday to Saturday. In the same year, a couple of months later, The Daily Star Sunday was also introduced. The Sunday newspaper had an entirely different set of staff to the original. Like many other newspapers in the late 1900s, The Daily Star was initially printed in Manchester. Circulation of the newspaper was confined only to the North and the Midlands, however, it still managed to sell impressively. On its first print, The Daily Star newspaper sold out at 1,400,000 copies.

The Daily Star has been the perpetrator of many controversies over the years. On 18 April 1989, a few days after the Hillsborough disaster, The Daily Star published a controversial article, the headline boldly claiming “Dead Fans Robbed By Drunk Thugs”. The claims were shown to be false in a later enquiry. More recently, The Daily Star accused Madeline McCann’s parents of being involved in her tragic disappearance. They apologised for "stories suggesting the couple were responsible for, or may be responsible for, the death of their daughter Madeleine and for covering it up” after being taken to the High Court.

Highlights and curiosities about “The Daily Star”

To find back issues of The Daily Star or to check availability of the newspaper, follow these steps: