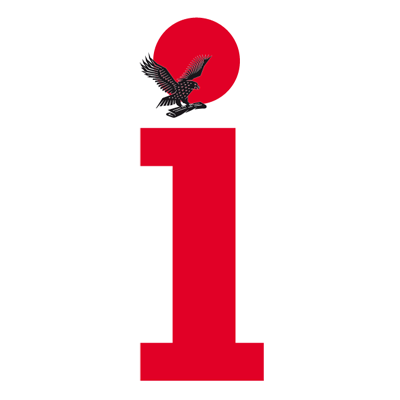 Newspapers can give us so much insight to the culture of the times and what was important to people on a given day. The stories themselves can give us factual information, but often the printed copy of a newspaper shows details not noticeable in the text of an article. For example, the layout of a newspaper can show how people of the day consume the news. The i shows what newspapers of the future could look like since it takes much of its style from its chief competitor, the Internet.

History of the i

The i is a British publication that launched in October 2010. It was created as an expansion of The Independent, one of Britain’s traditional daily newspapers. The i was designed for more modern readers, those that may be in a hurry, commuting or simply not interested in reading long form articles. As of 2015 the i sold for 40p on weekdays and 50p for Saturday editions. A subscription program with several options is available, and the i offers a student discount good for one academic year.

Continuing with the intention to appeal to modern readers, the i is different from traditional newspapers in that it is created in a style that looks more like popular internet news sites or social media feeds. The front page and first pages of different sections of i contain eye-catching headlines and large photos, and the stories themselves are located further in the paper. This enables readers to easily and quickly scan the headlines, but reading a full article is optional. The paper is printed in travel-friendly tabloid size and stapled, and is typically around 50 pages long.

The Independent is normally slightly left of center in political views, and the i is generally the same. The i is usually more to the left when it comes to social issues and inequality, likely due to this being the most common political stance for the type of readers the i appeals to.

The i is currently owned by Alexander Lebedev, of the richest men in Russia. He and his son, Evgeny Lebedev, own four British newspapers: the Evening Standard, The Independent, The Independent on Sunday and the i.

In February 2016 is was announced that Johnson Press was in the process of negotiating the purchase of the i. According to BBC News, the deal will cost Johnson Press £24m. This would add the i to a portfolio of over 200 other titles and make Johnson Press the fourth largest print publisher in the UK. The potential sale of the i raised speculation about the future of The Independent as the two papers are so closely connected. In fact, the website for the i seems to be primarily a platform for links to stories in The Independent. Shortly after the announcement that the i was being sold, it was also announced that The Independent was discontinuing all print publication in March 2016 to continue only in a digital format.

Interesting Facts About i

Archival Information for the i

As the i is a very young newspaper and directly connected to The Independent, viewing of articles is available on The Independent’s website. i back issues copies  can be found on this archive by simply selecting the date and look for available newspapers.