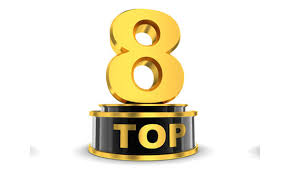 Takemeback.to features some outstanding moments in history. Think of it as “Google for Nostalgia”: when you visit the website you will be transported to historical events covering fashion, culture, movies, music, videogames, war, politics, and global shaking movements. When you visit the website you can search any date in history, from the 1900s to present day, and learn about what was so significant about that date in history. The website is loved by many for its educational purposes, but even more, users just enjoy searching random periods throughout time or looking up a personal date of significance. If you find yourself searching various dates throughout history you are very likely to come across takemeback.to. On average the website ranks in the first 5 results on Google when looking for any date in the last 100 years. For this reason the website has become an interesting source of information for anybody interested in knowing more about nostalgia trends. Similarly to what Google does at the end of each year with Google Zeitgeist, highlighting the most popular queries of the year, Takemeback.to has published a report with the most popular dates of the past searched in 2017 on its website. Here’s the list of the 8 most popular searches for 2017, you may find some interesting surprises !

Has your phone ever crashed or computer ever went a bit bonkers? Suddenly you are getting e-mails or texts sent December 31st, 1969. No, you are probably not experiencing some sort of weird time travel phenomenon. It is much more likely that you have a computer operating system called, “Unix” downloaded on your device. Don’t freak out. It is supposed to be there and on many devices. It was created in November 1969 but did not officially launch until January 1st, 1970. Basically, that is when their system was born and started recording time. So when a device is reset or there is a glitch. It will reset in some areas, the clock being one of them. Now you still may be wondering, what that has to do with December 31st, 1969. Well, you are probably in the western hemisphere. Unix was actually created in Greenwich, England. So while it was January 1st, 1970 at the time, in the western hemisphere it was still December 31st, 1969. Just a day behind.

Often times the list of events with the highest hits are related to current events and not necessarily huge moments in history. One example is the recent solar eclipse. On August 21st, 2017 a solar eclipse passed over the United States. It made history due to its rare occurrence for people on earth. Even more rare for those of us living in the United States. The last time a solar eclipse passed over the USA was February 26th, 1979. Which is one reason it spiked in popularity recently!

Nelson Mandela died on December 5th, 2013, or that is at least what we thought. In a very strange occurrence, a book was published on October 1st, 1991 claiming Nelson Mandela had died on July 23rd, 1991. A little more than a year after he had been released from prison. What was so strange about this occurrence is it was written in a South African education book. With this, it brought plenty of controversies. Many people questions why there was such a huge mistake made about a very famous figure who was still clearly alive. Was there a political agenda? Or was it something more superstitious? Some questions if we were living in an alternative universe with a minor overlap in timelines. Whatever the reason, the major controversy that followed was dubbed the “Mandela Effect.” This book brought on a lot of questions about how a rumored death of such a prominent man went so far? Nelson Mandela was a political leader and revolutionary. He was President of South Africa for a period of time and fiercely active in ending apartheid. How, when a man was still alive, were people writing about his death? This is the “Mandela Effect.”

When a celebrity dies, past news, music, and all sorts of information about the person spike on the internet. One celebrity death in the year of 2016 generated a lot of traffic for the icon, Prince. Prince was born on June 7th, 1958 and became known for his style and wide vocal range. Some of his most famous work includes, “When Doves Cry,” “Kiss,” “Let’s Go Crazy,” “Cream,” and “Purple Rain.” He released 40 studio albums with well over 100 hits. Prince had been struggling with his health for a while now and few reports came out about the cause of what was making him unwell. He was advised to slow down and rest but went against the recommendation from his doctors. On April 21, 2016, Prince had collapsed. There had been much controversy over exactly what was the cause, but ultimately it was concluded that his death was due to an opioid addiction and fentanyl overdose.

At first, the date probably doesn’t ring any bells, but if you look a bit closer you will notice this date is lucky 7/7/77. While there were no major historical events that took place, these sort of dates are very popular for weddings, engagements, sales, and other sorts of events. Which is probably why it is frequently searched. Many people had scheduled important events that are still precious to them today.

Many of us feel the time fall comes around there is a flood of birthdays to celebrate. Although, you may be surprised to learn the most popular birthdate is not in November or even October. Actually, the most popular birthdate is September 9, 1999. This can, of course, be altered depending on how you look at the data. But this is probably one reason why it is such a popular search. Everyone is interested to know more about the day they were born. It is also another date with the abbreviation 9/9/99. Like July 7, 1977, these dates are popular for weddings and engagements. Making them a popular search date throughout history.

This date is most likely linked to the death of Elvis Presley. Born January 8, 1935, he became known as one of the great American rock musicians of all time. He had a bad boy attitude and a number of hits that made all the young girls back then swoon. Not only was he an accomplished musician but he starred in many movies, often featuring his top hits. After his divorce from Priscilla Presley, his health took a downward spiral. It started with his drug usage, a few overdoses and ultimately a drug addiction, this took a toll on his overall wellbeing. Despite his need to get help and rest, he continued to perform and even increase his work schedule. In the years before his death, it was clear to many the rock star was not in a good state of health. Often tripping, slurring his speech, and lacking an overall inability to perform. He gained serious weight and was nearly never mentally present. Ultimately, he died of a heart attack. Many speculated it was caused by his rigorous performances or drug addiction. Others thought it was due to suffocation from vomiting while passed out.

Many of us do not need a reminder of this date. Some of us have even lived it. But a new generation who may be just learning about the terrorist attack are looking to learn more. On September 11th, 2001 the Islamic terrorist group, Al-Qaeda, hijacked a series of airplanes and flew them into the World Trade Center. Two other planes were hijacked, one crashed into the ground that was headed for another US landmark, the other crashed into the Pentagon. Nearly 3,000 people were killed and over 6,000 injured. This sparked a war with Afghanistan. It is without a doubt one of the worst attack in modern history or even American history. The attacks started a war, changed the way people travel, and destroyed numerous lives. Of the few silver linings after the attack, the country did become one. It did not matter which political party you belonged to or what football team you cheered for, the country came together to support one another. There is so much more to history then what we have been taught in our history books. Certain days and points throughout the years may appeal to you for one reason or another. Information that is personalized or you want to learn more about a certain time period. Takemeback.to is not only education, but it is deeply exciting to learn more about specific periods throughout history.
Similar entries