Rising to the Top: An In-Depth Look at the 1992 “Dream Team” and How it Became One of the Greatest Basketball Teams Ever Assembled 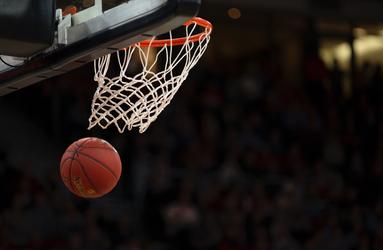 The 1992 Dream Team was one of the most talented basketball teams in history. Composed of some of the best players in the NBA, including Michael Jordan, Magic Johnson, and Larry Bird, this team was a powerhouse on the court. They dominated their opponents at every turn and brought home gold for the United States with ease at the 1992 Summer Olympics held in Barcelona. Despite their incredible success, this team was also notable for its diversity. Each player on the Dream Team had a unique background and set of skills that made them stand out from the crowd. This combination of talent and diversity made the 1992 Dream Team one of the most memorable teams in NBA history.

The 1992 "Dream Team" is the nickname for the United States Men's basketball team assembled to play at the 1992 Summer Olympics held in Barcelona. It was the very first Olympic team to feature active professional players from the NBA.

The nickname "Dream Team" was given to the 1992 team by the media and fans due to its unprecedented level of talent. The "Dream Team" label was first used by Sports Illustrated on the cover of its February 18, 1991 issue to describe the American basketball team that would be competing in the upcoming Summer Olympics.

With its incredible blend of talent, skill, and diversity, this team was a force to be reckoned with on the court. Whether you were a fan of basketball or simply loved watching talented athletes compete against one another, the 1992 Dream Team was one team that you did not want to miss.

The 1992 Dream Team was selected after a series of rigorous auditions, trials and tryouts that were held around the country. The team was assembled by a selection committee that included representatives from USA Basketball and the NBA. This committee was tasked with identifying and recruiting the best players in the country to represent Team USA at the Olympics.

The players who made up this iconic basketball team came from diverse backgrounds, with different strengths and skill sets. Some of the key players on this team included Michael Jordan, Magic Johnson, Larry Bird, Charles Barkley, Patrick Ewing, Scottie Pippen, David Robinson, and Karl Malone. What made them stand out from the rest was their incredible talent, skill, and teamwork on the court. They were incredibly skilled at scoring and passing, and they also had a tremendous work ethic that helped them to dominate their opponents.

One of the key players on the 1992 Dream Team was Michael Jordan, widely considered to be one of the greatest basketball players of all time. Jordan was known for his spectacular athleticism and shooting skills, which helped him to stand out from the rest of the team.

Both Magic Jordan and Michael Johnson were widely considered to be two of the greatest players in the NBA at the time. Their dynamic chemistry was one of the key factors that helped the Dream Team succeed.

Despite their individual successes, Jordan and Johnson were also known for their ability to work together as a cohesive unit, a major factor in the Dream Team's success.

The USA Dream Team wasn't just a talented bunch of guys; they were also the perfect team for their coach, Chuck Daly. He was given complete control and tasked with winning gold.

The Importance of Diversity

The 1992 Dream Team was one of the most diverse teams in NBA history, and this diversity played a key role in their success on the court.

From different backgrounds, cultures, and races, each individual brought something unique to the table that helped them stand out from the rest. This diversity helped the team to succeed on the court by giving them a wide range of talents and strengths that they could draw upon in any given situation.

One of the key aspects of this diversity was their incredible teamwork and unselfishness. The players on the Dream Team were able to work together as a cohesive unit, supporting one another and complementing each other's strengths. This allowed them to dominate their opponents on the court, and they quickly became one of the most feared teams in basketball history.

The 1992 Dream Team did not lose a single game during the entire Olympic tournament, easily defeating all of their opponents on their way to winning gold. Every team the Dream Team played against lost by an average of 43.8 points per game, which was the second largest Olympic Games point differential ever. This was also the first time a basketball team scored more than 100 points in every single game they played.

However, The Dream Team did face some tough challenges from other teams including a match against Lithuania and a tense showdown with Croatia. Still the Dream Team prevailed in the end, demonstrating their incredible skill and determination on the court.

Today, the 1992 Dream Team is remembered as one of the most iconic basketball teams in history. Their unique combination of talent and teamwork helped them to achieve incredible success on the court, and they remain a source of inspiration for future generations of athletes. As we look back on their legacy, we can learn valuable lessons about teamwork, determination, and diversity that will continue to guide us in our own endeavors.