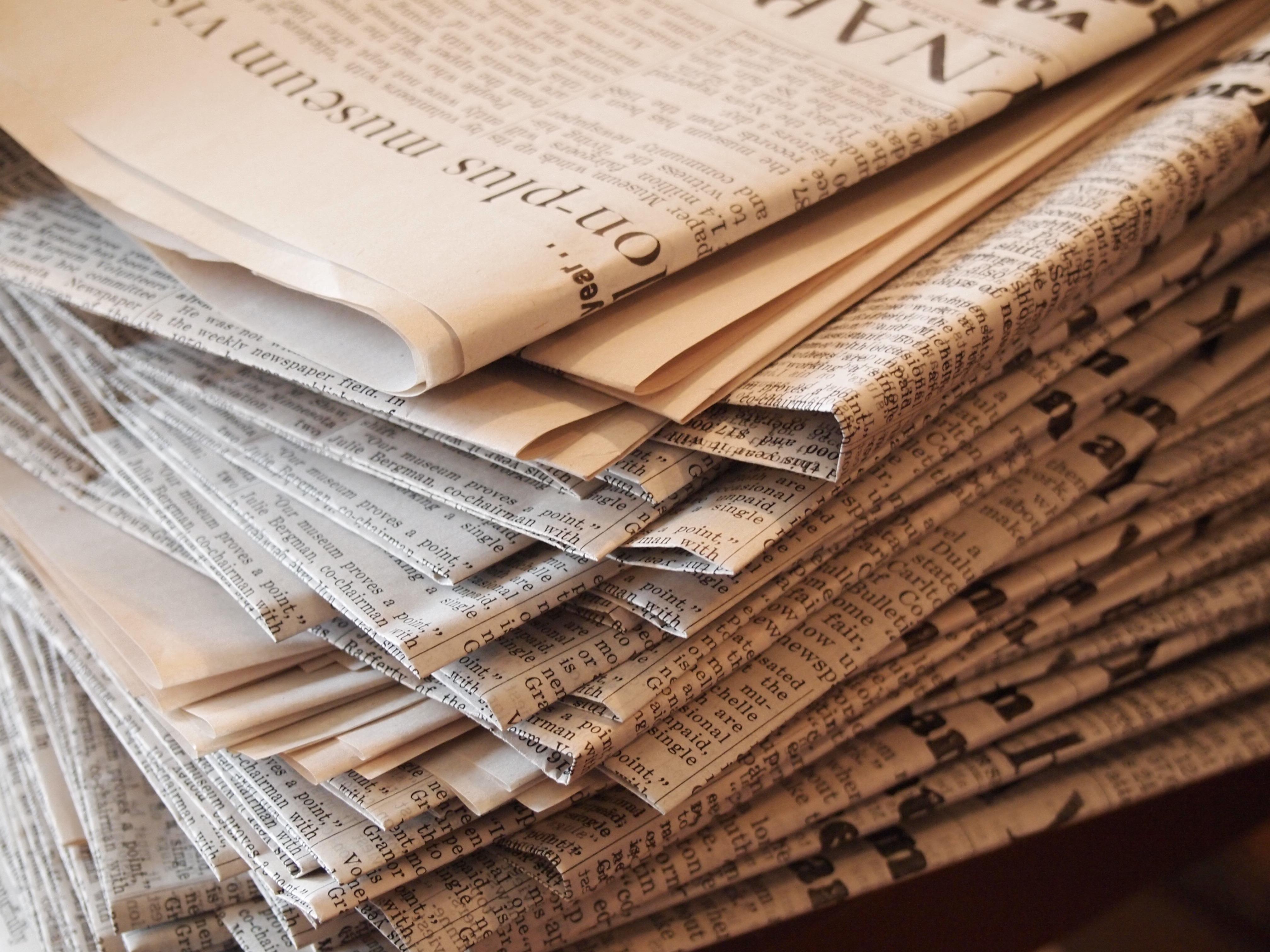 The World Through New Eyes

Newspaper archives often hold a treasure trove of quirky or useful information. Whether a sudden curiosity has overtaken you about a certain date in history, or you're simply looking for an interesting gift to give the history buff or genealogy bug in your life, old newspapers may hold the key.

Why Use Newspaper Archives?

A newspaper archive offers an interesting, unrivaled look at the past. Many old articles from newspapers and magazines can be found in a simple database search, but for a specific date, one must go to an archive.

A historic newspaper also offers interesting tidbits for research. Older issues of newspapers often retain their formatting when scanned into a digital newspaper archive or when copied for sale. Formats change often, and if the format of a particular newspaper is important for research, a current issue simply won't do.

As for newspaper archives, they are simply tools to be used for a variety of reasons. From research for papers to birthday gifts and anniversary date quirks (for example, on January 16, 2001, the Democratic Republic of Congo's President Kabila was shot), they serve a purpose unique to the public.

What Archives Are Out There?

The newspaper archive idea is a relatively new one. Many archives have popped up in the recent years, and all have their pros and cons as the kinks are worked out of the new niche.

For example if you're looking for UK old newspapers Historic UK Newspapers offers a feature that lets users search by date. Once a date has been picked, a list of the available historic newspaper issues pops up. The dates can go back as far as January 1st, 1900!

The New York Times also has a newspaper archive, and it reaches back to the first issue printed back in September 1851! What is particularly different about this archive, however, is that it offers the first page reprint from any issue but also other additional options which can be a wonderful birthday newspaper gift. For example the Birthday Book was inspired by a request from Mayor Bloomberg who was keen to give a personalized summary of Times front pages to his mother when she turned 100 years old. It can be a good idea to celebrate an anniversary with your own compendium of historical pages. The Special Day Book on the contrary brings you back in time to any date since 1851: it's not just the newspaper cover but an elegant memory book including all reprinted pages from a specific newspaper - you choose the date.

"List of Worldwide Newspapers" offers a different view of the historic newspaper: with a free trial you can access the whole archive which includes old newspapers from all over the world. Besides that, it makes a wonderful one to look at for research. The others mentioned are good for research, and for birthday gifts. Here, however, newspapers from Australia, Canada, Ireland, the UK, the US, Panama and other places are available.

Are They Worth Looking Up?

The long answer? Old newspapers allow you to see the past through a different eye. Any archive you look at would have a variety of newspaper names, and a variety of issues. This allows a variety of stories for a specific date or year.

A historic newspaper for one date may show how the Valez oil spill was reacted to. Newspapers from years past in your grandparents' home could show you a new view on the Great Depression or on World War II. If the newspaper archives work fast enough, you can see reactions to recent events in the world. However, reactions to events often show up in the next day's paper. After all, papers can't print multiple issues a day.

Why Consider Searching a Newspaper Archive?

There is no short answer to this question. There are many different reasons newspapers from years past are a wonderful thing to look at.

One of these reasons is what's known as the birthday newspaper. This is a book of front pages or a framed front page of a particular issue of any newspaper. The issue usually dates from the person's birthday. For example, if the newspaper being used out of any of the newspaper archives available for this was the New York Times and the birth date was April 8, 1990, the front page offers a snapshot. On the snapshot, you could see that Poindexter was found guilty of five charges, the Iron Curtain was rising, and the U.S and Soviet Union were butting heads again. However, this is only one front page. The books feature every front page from the birthday issue, starting from the date of their birth (returning to the example, a book for a person born on April 8, 1990 would have twenty five or twenty six pages if ordered in 2015).

Another reason to look at old newspapers of various names, dates, and origins is for research. As an example, say someone was writing a fictional story set in 1905. Looking through the various providers of any historic newspaper would provide the writer with an idea of what was going on that year, how many people were born on average, and much more valuable information. It could offer insight into popular names, popular causes of death, and popular topics of journalism from a specific area or around the world.

Genealogy is another reason someone would look through newspaper archives. If they knew they had a family relative serve and die in the English Civil War under King Charles' army, for example, finding an obituary would enable them to see when they died, how they died, and possibly where they died. It would also list their birthday, and maybe their parents. From the obituary, this person could then look up other information from that time period.

Are They Worth Paying For?

There is indeed a simple answer here: yes. Yes, they are worth paying for if you must. The perspective of history they offer is often invaluable and interesting no matter how old the issue.