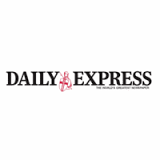 Over the course of history, newspapers have been at the forefront of delivering information to the general public. Since the invention of the printing press, newspapers became easily accessible to all for little money. As a result of this, newspapers can be used as a window to learn about different opinions of their time. The Daily Express is an example of one of these important historical newspapers.

Founded in 1900 by Sir Arthur Pearson, The Daily Express was one of the first newspapers to post news (rather than advertisements) on the first page. The Daily Express was sold to Max Aitken in 1916 after Pearson lost his sight as a result of glaucoma. By 1949, sales of the newspaper had reached four million copies a day. In 1938, The Daily Express was moved to the Black Lubyianka building in Manchester. Aitken became a source of controversy in the 1960s as the British Royal Family believed he had a vendetta against them. The Duke of Edinburgh described The Daily Express as "a bloody awful newspaper. It is full of lies, scandal and imagination.” By 1977, The Daily Express had become a tabloid newspaper to keep up with its competitors and rising demand from the public. The Express also publishes The Sunday Express, Daily Star and Daily Star Sunday.

Highlights and curiosities about “The Daily Express”