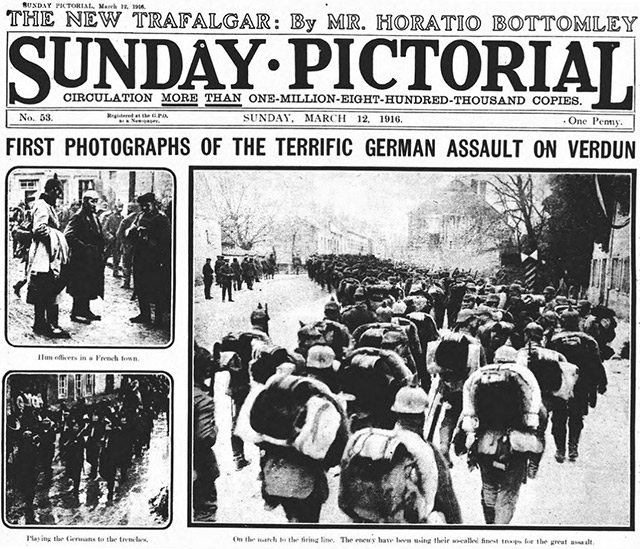 History of the Sunday Pictorial

The Sunday Pictorial, or Sunday Pic as it is commonly called, was the original name of the Sunday Mirror. It was first published in 1915 by Lord Rothermere and edited by F.R. Sanderson. The idea of the paper was to balance quality journalism with entertainment, presented in a largely photographic format. Within six months the Sunday Pic was selling over one million copies per week.

National politics and sports were the most common, and the most popular, topics featured in the Sunday Pic, which resonated with readers. It was not uncommon for football coverage to appear on the front page of the paper.

By the 1930s the paper was losing readers, and therefore, losing money. In 1937 Hugh Cudlipp became the editor, which changed the decline of the Sunday Pic. Cudlipp left his editorial position in 1940 to serve in World War II, but prior to his departure the Sunday Pic had increased circulation to over 1,700,000. He returned to his position after the war and guided the Sunday Pic to represent the social awareness that reflected public attitudes following the war. Cudlipp left the Sunday Pic in 1953 to lead the Daily Mirror, the daily companion to the Sunday Pic.

In 1963 the Sunday Pic was renamed the Sunday Mirror to more properly reflect the connection to the Daily Mirror. Both are currently owned by Trinity Mirror Group.

Interesting Facts About the Sunday Pictorial

First of all have a look at the Sunday Mirror archive page and choose a date between 1915 and 1963 (before the newspaper changed its name into Sunday Mirror). Then select the newspaper if available and proceed by selecting the right package for you.