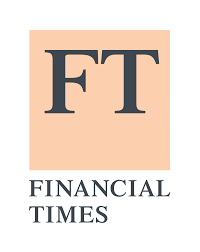 A thriving business for centuries, newspapers have been at the forefront of journalism for generations. The history of a country’s newspaper is always deeply intertwined with the history of the country itself. It is a cultural phenomenon, the importance of which can not be exaggerated. To those wishing to learn more about the past, newspapers are an excellent starting point. They are written in understandable and easy to digest language, newspapers were meant for the common people after all. Newspapers such as The Financial Times made it easier even for normal people to become involved in business and economics.

Launched in 1888, The Financial times was originally named The London Financial Guide. As a business-focused daily newspaper, it only consisted of four pages an issue in its early days. The paper began to print on its distinctive salmon pink paper to distinguish itself from its only rival, The Financial News, on 2 January 1893. Eventually, The Financial Times and The Financial News merged to create a single six-page newspaper in 1945. The Financial Times came to the European continent on 1 January 1979, printed in Frankfurt. The newspaper then launched a magazine on the luxury lifestyle, named How To Spend It, in 1994. The first attempt at an online presence occurred with the launch of FT.com on 13 May 1995. The website later went under development with the addition of stock prices the following year. A U.S edition was introduced in 1997, pushing the paper to become the first UK newspaper to sell more copies abroad than at home. A German edition, The Financial Times Deutschland, was also introduced in the year 2000. However, it accumulated massive losses of €250 million, forcing it to shut down in 2012. Subscription services were introduced in 2002, another huge success for the newspaper. In 2007, The Financial Times became ‘refreshed’ and adopted the slogan ‘We Live in Financial Times’.

Highlights and curiosities about “The Financial Times”