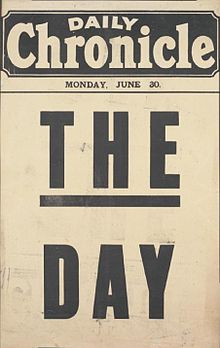 How Are Back Issue Newspapers Still Relevant?

Trying to understand history without reading newspapers will result in a view of history that’s flat, skewed, and almost completely devoid of personality. For centuries, printed media has been influencing the world and reflecting the viewpoints of the people within it. Even a defunct paper, like the News Chronicle, offers a unique voice and perspective that should be documented and understood.

The History of the News Chronicle

The News Chronicle was founded in 1872. After less than four years of operations, its original owner sold the newspaper to Edward Lloyd for 30,000 pounds. The new owner would then invest an additional 190,000 pounds to buy an office on Fleet Street and set up the initial print run. Under Lloyd and his highly-ranked editing team, the paper developed a reputation for success and honesty. Throughout the 1890s, the paper sold more than the Times, Telegraph, Morning Post, Daily Graphic, and Evening Standard combined. This was helped along by Lloyd’s devotion to reporting only the facts and providing the best in up-to-date reporting.   On June 2nd of 1930, the paper merged with the Cadbury family’s Daily News to become The Daily Chronicle.  For the next 30 years, the paper continued its unbiased reporting on politics  at home and abroad

The paper earned a name by vehemently opposing Franco throughout the 1930s. Putting their staff where their presses were, the Daily Chronicle sent two separate correspondents to Spain. One of these men, Arthur Koestler, ended up captured at the fall of Malaga. His release was immediately followed by another trip abroad to a Palestine caught during an Arab revolt.  The well-traveled journalist urged the adoption of the Peel Commission’s recommendation to partition Palestine throughout his time in the papers.

Four years after its coverage of the Suez Canal,  the News Chronicle was folded into the holdings of the Daily Mail.

Interesting Facts About the News Chronicle

To find back issues of The News Chronicle Archives or to check availability of the newspaper, follow these steps: