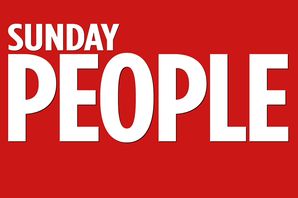 Why Should I Bother Reading Old Newspapers?

From conspiracy theories about Princess Diana to casting information for school plays, newspapers have been keeping people up-to-date on local information for centuries. For many people, cracking open the paper persists as a key highlight of the morning routine Even as they’ve been eclipsed by digital media, it’s impossible to deny the importance that newspapers have held, and continue to hold, around the world. For anyone interested in history, these tried and true publications remain a vital source of information.  If you happen to be interested in old UK tabloids, you can't go wrong with the Sunday People.

The History of the Sunday People

One of the oldest Sunday tabloids in the United Kingdom, the Sunday People (originally called The People) was first published in 1881. Since its inception, the paper has prided itself on its sense of humor, spunkiness, and a true lack of political bias. After 80 years of independence, however, the paper was acquired by the Mirror group in 1961. To this day, it’s still published by Trinity Mirror PLC.

After its acquisition by Trinity, the Sunday People went through 17 different head editors in rapid succession. Out of all the editors on the paper, the longest lasting was Bob Edwards; he headed the paper from 1966 until 1972.    Aside from the revolving door of editors, the biggest change in the paper came in 2011 with the closure of Sunday People’s biggest rival: News of The World. For a short time after, weekly sales of Sunday People nearly doubled. However, by January of 2014, the paper had returned to its previous levels.

In 2015 the Sunday People came out in support of the Labor Party. This marked the first time in its history that the tabloid endorsed a political party. This did not brighten the paper's future. Currently, with just 300,000 issues sold weekly,  the Sunday People has reached its darkest hour.

That might be why, according to The Guardian, Sunday People, and the other Trinity Mirror publications may soon merge with The Express.

Interesting Facts About the Sunday People