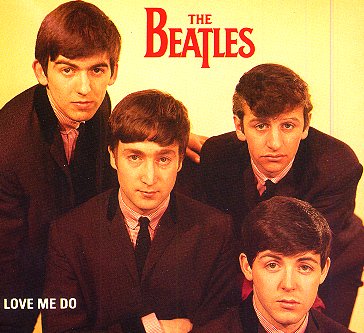 On October 5th, 1962 the English rock band called the Beatles released their first smash hit, “Love Me Do” to the UK. The song was the beginning of the legendary rock band and set a high bar for all of their future music. The song peaked at number 17 on the UK charts. A few years later it was re-promoted then reaching number 4 in the UK. Following its very successful release, it was brought to the United States in 1964. The song quickly rose to number 1 and stayed at the top of the charts for 14 weeks. This was the beginning for the Beatles, putting a spotlight on all of their remaining music. Which was fortunate because they forever change the music industry and the way music was promoted and sold.

History of the song

The song was originally written in 1958 and 1959 by Paul McCartney and John Lennon. This was years before the Beatles had actually formed their band. Once they started to build the band and release their music, “Love Me Do” was their first song to be released. However, it did not come together easily. The song was recorded three different times, each time with a different drummer. The first recording was with drummer Pete Best. The second recording was with Ringo Starr on September 4th, 1962. Ringo’s version sounded significantly better than Pete. There was a third recording with drummer Andy White who they felt was comparable to Ringo Starr. Ultimately, The Beatles went with Ringo but there have been versions released with Andy White’s performance. There has been much debate over the years when it comes to which version to play. For example, on the 50th year anniversary, there was a re-release being promoted. People assumed it would be the Ringo Starr version when in fact it was going to be the Andy White. As soon as this news came out and people became upset, the re-release was dropped. Despite the drama over which version was which, the song launched The Beatles career. Their popularity in the states skyrocketed and the import of their music was dubbed the “British Invasion.”

The song was written and sung by John Lennon and Paul McCartney. At the time, John was 17 years old and Paul was 16. With Paul leading the way, he supposedly had written the song about his then girlfriend at the time Iris Caldwell. The song is 2:22 minutes long and also features Paul McCartney on the bass, John Lennon on the harmonica, George Harrison playing the acoustic rhythm guitar, and Ringo Starr on the drums. It was picked up and produced by Parlophone Records and produced by George Martin.

The Band, The Legend

The Beatles were active from 1960 until 1970 when they broke up. They got their start in Liverpool, England when the boys were just between 15 to 16 years old. During their early years, they would often play in Hamburg Germany covering other popular bands they loved. This is what helped them gain their confidence to write and perform their own songs. “Love Me Do” was one of 5 of their songs to hit number one in the United States in 1962. The 4 other songs include, “She Loves You,” “Can’t Buy Me Love,” “A Hard Day’s Night,” and “I Feel Fine.” That success was in one year alone. Over time the Beatles became the highest selling band in history for both physical and digital copies. They have sold over 800 million copies, received 7 Grammy nominations, and have easily been considered the most successful band in UK history. It is no surprise they were inducted into the Rock n Roll Hall of Fame in 1988. The Beatles awards and recognition is not the only thing impressive about this band. They drastically changed how music was written, produced, and sold.

The Future of Rock ’n’ roll

There is no doubt that the Beatles were easily one of the most influential bands of the rock era. They influenced the music industry with their attitude, their fashion, the way they produced and experimented with music, the way they promoted their band and used technology to expand their fan base. The entertainment industry had already seen their share of bad boys. There was Elvis the jailbird and James Dean with his leather jacket and smoldering look. The Beatles were a new kind of bad boy. It was still the kind of music your grandparents found scandalous but they were actually entertaining to watch. They would joke with reporters and often not take the interviews too seriously. It gave them a likability and made them seem down to earth. They weren’t just fun to listen to but also fun to look at. Aside from their iconic long hair, the Beatles had first introduced the idea of performing on television to connect with audience all over the world. These basic film performances provided them a platform to do even more shows and end touring when they wanted. They ultimately ceased tours in August 1966. Despite their end of touring the Beatles were still very much active. They experimented with sounds trying out pop ballads, Indian influence music, psychedelia, hard rock, and classical. Their sound was new and different from anything that had ever been performed in the past. But their revolution did not stop there. The Beatles had also begun printing lyrics on their albums. The 1967 album “Sgt. Pepper’s Lonely Hearts Club Band” was the first album to do so. Now it is almost rare to receive a CD without any lyrics accompanying the CD. If this wasn’t successful enough, the Beatles were notorious for selling out huge stadiums within hours. This was unheard of at the time and at first many thought they were crazy for assuming it would sell out.

Where Are They Today?

After the Beatles broke up in 1970 they went their separate ways but each of them continued to pursue careers in music. John Lennon continued as a successful solo musician but was shot by a crazy fan outside his home in December 1980. George Harrison died of lung cancer in November 2001. Ringo Starr and Paul McCartney have continued to release music and pursue their passion. The Beatles are without a doubt one of the most well known and successful music groups in all of history. They changed the music industry and their creative drive is what has inspired a lot of musicians today. Their first release of the record, “Love Me Do” goes to show just that. Many doubted their initial success but the Beatles were quick to show their doubters how wrong they would be.
Similar entries