1906 was a year that revolved around two major natural disasters: the eruption of Mt. Vesuvius near Naples, Italy and the San Francisco earthquake. 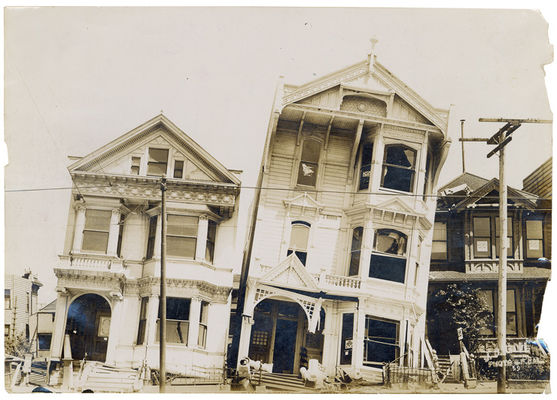 The eruption of Mt. Vesuvius caused severe damage to the nearby city of Naples and its surrounding villages, with over 100 people killed. The funds necessary to reconstruct Naples caused preparations for the 1908 Olympics in Rome to cease, and the Games were relocated to London.

1906 was also the year that the HMS Dreadnought, a British battleship that made all other battleships obsolete, was brought into service. Not only did the Dreadnought launch a new class of battleships, it also sparked a naval arms race between Britain and Germany. This arms race was a major part of the build-up to World War I.

There were some notable advancements in the fields of science and technology this year as well. Richard Oldham, a British geologist, made his argument that the Earth has a molten interior. Roald Amundsen, a Norwegian explorer, discovered the magnetic South Pole. It was this year, too, that Willis Carrier, an American inventor and engineer, patented what would eventually be called the “air conditioner,” much to the relief of millions of people in hot climates.

1906 was also the year that the world’s first feature film made its premier. The film was titled: “The Story of the Kelly Gang.” In literature, Jack London’s White Fang – one of his most famous works – started being published in serialized form in Outing magazine.

Your place in the Universe on 1906

We have the most extensive birth, marriage and death records from 1906

Browse your magazine from 1906

All Nobel Prize winners of 1906

Which were the top popular names given to babies born in 1906 in the USA ?

Which were the important events of 1906?