On the world stage, 1904 saw the beginning of the Russo-Japanese war, which would conclude over a year later following a Japanese victory. The peace treaty was mediated by U.S. President Theodore Roosevelt, elected for his second term on November 8th 1904. 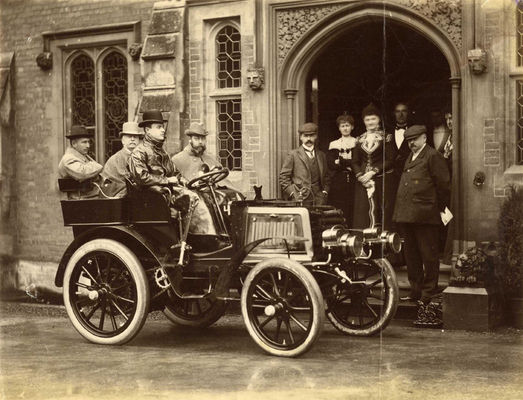 Roosevelt also oversaw the acquisition by the United States of the Panama Canal zone for the sum of $10 million.

The Treaty of Lhasa ended the British military expedition on September 7th. Speaking of the British, the U.K. and France signed the Entente Cordiale on April 8th, ending almost one thousand years of intermittent conflict.

On a lighter note, the third modern Olympic Games opened on July 1st in St. Louis, Missouri as part of the world fair. These were the first Summer Olympics of the 20th century and the Fédération Internationale de Football (FIFA) was founded on May 21st, a few days after pitcher Cy Young of the Boston Adventurers threw the first perfect game in the history of modern baseball.

In the arts, Puccini’s reworked Madama Butterfly opened to critical acclaim in Brescia in May after receiving a tepid response in Milan a few months prior.

Your place in the Universe on 1904

We have the most extensive birth, marriage and death records from 1904

Browse your magazine from 1904

All Nobel Prize winners of 1904

Which were the top popular names given to babies born in 1904 in the USA ?

Which were the important events of 1904?