The year 1912 was a leap year, and the ‘unsinkable’ Titanic sank in the Pacific after hitting an iceberg. 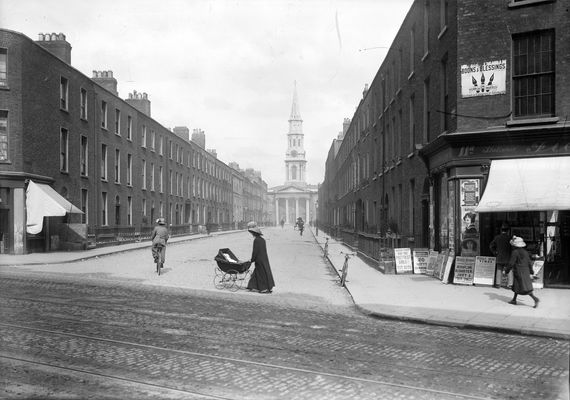 This was also the year that the formation of the African National Congress by John Langalibalele Dube to call for improved rights of Black South Africans. The Nobel Prize for Literature went to Gerhart Hauptmann.

In probably the worst strike in the USA, close to 30,000 textile workers walked off from their jobs in Lawrence, Massachusetts. The strike started at the Everett Mill on January 11, spread to other mills. The Strike got ugly with shootings and stabbings; the striking families sent their children to Manhattan New York. The bread and roses strike lasted for a whole nine weeks and ended after an intervention from President Taft and the Congress.

Two days before Valentine's Day of 1912, the last emperor of China Hsian-T’ung abdicated after the Sun Yat-sen’s republican revolt. His abdication ended 267 years of Manchu rule and imperial rule, which lasted for 2,000 years. By the time of the revolution, the emperor was six years old, and he kept his residence in the Forbidden City in Beijing.

October 14 was the shooting of the Progressive’s presidential candidate of the USA, Theodore Roosevelt, on the chest, while greeting supporters. The perpetrator was a saloonkeeper, John Schrank with a .32-caliber bullet. A glasses case and a bundle of manuscripts in the breast pocket slowed down the bullet, and the 26th president of the USA escaped with minor injuries.

At the beginning of the year, the rotation of the Earth’s crust was the slowest ever recorded. Robert Falcon Scott, a British explorer and 4 companions arrived at the South Pole to find Amundsen beat them to it. Falcon and his team died on the return journey a few miles from a polar base.

Your place in the Universe on 1912

We have the most extensive birth, marriage and death records from 1912

Browse your magazine from 1912

All Nobel Prize winners of 1912

Which were the top popular names given to babies born in 1912 in the USA ?

Which were the important events of 1912?